The winners of this year's Sheffield Children's Book Award were announced earlier today, at a fantastic ceremony at the City Hall.

The ceremony was attended by many of the shortlisted authors and illustrators as well as thousands of young readers from across Sheffield, who took part in the project this year.

The winners are chosen exclusively through the votes of these young readers, and those who weren't able to attend the ceremony are no doubt itching to find out which authors walked away with the prizes...so without further delay here are this year's winners: 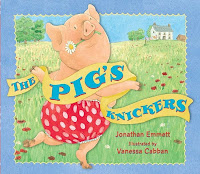 The Pig's Knickers, by Jonathan Emmett and Vanessa Cabban scooped the top prize.

This hilarious tale of a prancing pig and his polka dot knickers captured the hearts of local children, whose votes ensured it was not only voted the Picture Book Category Winner, but that it was also crowned Overall Winner!

Jonathan Emmett, who attended the ceremony and later provided a workshop for children from Meynell School, was absolutely delighted with the win, and thrilled all attending the ceremony, by taking to the stage for his acceptance speech in his very own pair of polka dot knickers!

The other books scooping prizes for the Picture Book category were: Steve Smallman and Lee Wildish's Dragon Stew, which won the Highly Commended prize, along with Mini Grey's Three by the Sea, which won the Commended prize.
In the Shorter Novel Category David Walliams scooped the top spot, winning the category with his book Billionaire Boy; the heart-warming tale of Joe Spud, the richest twelve-year old in the world, whose only wish is to have a friend.
Jim Eldridge won the Highly Commended prize for his book Disgusting Dave and the Flesh-Eating Maggots. While Katie Davies won the Commended prize for her shorter novel The Great Hamster Massacre.

In the Longer Novel Category, it was Malorie Blackman who was voted the category winner for her dramatic and emotional book, Boys don't Cry, which tells the story of a teenage boy who is just about to embark on adulthood when he discovers he is a father. Malorie attended the ceremony and was greatly in demand afterwards, with so many young readers all desperate for her to sign a copy of the winning book.
Sharon Dogar won the Highly Commended prize for her book Annexed, while Andy Mulligan scooped the Commended prize for his novel Trash.
The winner of the Teachers' Favourite Book was Terry Deary's Put out the Light; a shorter novel which tells the parallel stories of a brother and sister living in Sheffield and two boys growing up in Dachau, Germany, as all four struggle to survive the ravages of the Second World War. 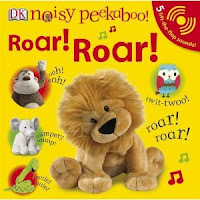 Finally the winner of the Baby Book Award was Noisy Peekaboo! Roar! Roar! by Dorling Kindersley, which adds a new dimension to lift-the-flap books, with its accompanying wild animal noises.
So all that is left to do is say a HUGE thank you to all of you who took part in this year's Sheffield Children's Book Award and Baby Book Award: this year we had a record-breaking 222 schools from across Sheffield taking part in the project!

It was fantastic to see so many of you at the ceremony today. We really hope you enjoyed reading this year's titles, and here's a reminder to keep your eyes peeled for the announcement of our 2012 Book Award shortlist! If you'd like to make your own suggestion for the shortlist, click on the link at the top right of the page and let us know which book you think deserves a place!
Posted by Zoe Middleton at 3:21 PM No comments:

Award ceremony only one week away!

In just one week's time, on 29 November, we will be crowning the winners of this year's Sheffield Children's Book Award! The ceremony, which is being held at the City Hall next Tuesday, will be attended by thousands of local school children who have taken part in the project this year.

These young readers have been busy over the past year, reading and voting for the titles on the shortlists, and they will finally find out the winners at next week's ceremony.
Many of the shortlisted authors and illustrators are set to attend the ceremony on tuesday, and will be available after the event to sign copies of their books; with many also staying on to lead workshops for selected schools (see the previous post!).
It's set to be a great day, and for those of you attending, we can't wait to see you there!
Posted by Zoe Middleton at 4:05 PM No comments:

Carnegie Longlists Recognise Titles Featured on our own Shortlists 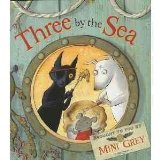 Eight out of the eighteen books selected for our shortlists this year have also made it onto the prestigious Carnegie and Greenaway longlists. The eight books that feature on the lists are: Three by the Sea, Ottoline at Sea, Noah Barleywater Runs Away, Put out the Light, My Name is Mina, Annexed, Boys don't Cry, and Trash.

Those of you who have been invited to attend our award ceremony at the City Hall in less than two weeks, on 29 November, will have the chance to meet some of these authors in person! Malorie Blackman, John Boyne and Terry Deary will all be attending the ceremony and will be availabe to sign copies of their books at the end of the ceremony.

Other authors and illustrators attending the ceremony will be: Jonathan Emmett, Caryl Hart and Sarah Horne, David Melling, Steve Smallman, Alex T. Smith, Jim Eldridge, and Kevin Brooks. All these authors will be staying on after the ceremony to sign copies of their books and will also be leading workshops with selected young readers who have taken part in the Book Award.
For those of you attending the ceremony it offers you a great opportunity to meet your favourite authors in person, and perhaps even congratulate them on winning one of the Sheffield Children's Book Award prizes! We're really looking forward to seeing you there on the 29th!
Posted by Zoe Middleton at 9:53 AM No comments: