Trash to be turned into a movie!

One of this year's shortlisted books is to be made into a movie! Trash by Andy Mulligan - one of the six titles in our Longer Novel Category - has been picked up by Working Title and Peapie Films, and is set to be turned into a movie! Richard Curtis will write the screenplay, while Stephen Daldry, director of Billy Elliot, will direct.
Anyone who has read the gripping tale of three friends who make a mysterious and dangerous discovery amidst the dump site they call home, will not be surprised to hear film rights to the book have been snapped up; the description in the book is so rich and powerful that as you read you feel you could easily be sat in a cinema soaking up all the action as it unfolds!
To find out more about Trash click here to visit a website dedicated to the book!
Posted by Zoe Middleton at 1:04 PM 2 comments:

Recommend a Book for Next Year's Shortlist!

Have you read a great book this year and think it deserves to make it onto next year's shortlist? Then let us know about it!

It couldn't be simpler to make your suggestion, just click on the 'click here to take survey' link at the top right of the screen and make your recommendation! Anyone, of any age, can suggest a book for next year's shortlist - young readers, teachers, parents, library staff. The only criteria is that the book was first published in the UK in 2011 and that it is suitable for one of our categories - Picture Book, Shorter Novel or Longer Novel.
So if you have read a book that has captured your imagination, and that you want to shout about, then what are you waiting for: get recommending! You may even see your suggested book being sent out to hundreds of schools and libraries as part of next year's shortlist! 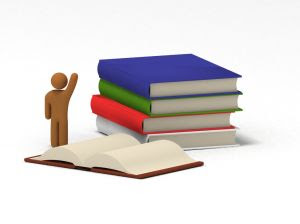 To get you thinking, here are just a few examples of books that are already creating a buzz in 2011:
Ribbit Rabbit by Candace Ryan and Mike Lowery: A picture book about two best friends, Frog and Bunny, who have their squabbles, but soon remember why they were best friends in the first place.

The book cleverly uses rhyme and puns and would be great for getting young children to experiment with language; it is also wonderfully illustrated by Lowery, whose work has also appeared in the rather cheeky Doctor Proctor's Fart Powder by Jo Nesbo.

The Emerald Atlas By John Stevens: This is the first in a new series of fantasy books by Stevens, and is being hailed as 'the most exciting children's fantasy series since Harry Potter'!

The story centres around three orphans, Kate, Michael and Emma, who lose their parents in mysterious circumstances. After many miserable years spent in orphanages, the three children come across a book that sets in motion an ancient and terrible magical prophecy that only they can stop.

If you're a fan of the Harry Potter or Lemony Snicket series' then you're sure to be hooked by this new offering from Stevens, which is released in only three days time (14th April)!

Plague by Michael Grant: The fourth book in Grant's Gone series was creating major hype weeks before it's UK release. Avid fans of the series were finally able to get their hands on the book last Monday (4th April), and it has not disappointed; keeping up all the pace and excitement of the previous three books.

Gone was last year's winner of the Sheffield Children's Book Award, Longer Novel Category, so if you were one of the readers who voted for it, then Grant's fourth book is definitely worth a look!
Posted by Zoe Middleton at 11:58 AM No comments:

Books on the Move!

All the books selected for our 2011 Shortlist are now winging their way to over 200 local schools! Many of your schools will have already received their books, so it won't be long until you'll begin reading some of the very best books released over the past year! 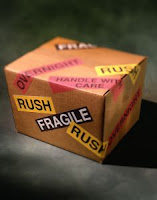 If your school isn't taking part in the awards you can still get involved in the project through your local library! Copies of all the books on the shortlist are available in all of Sheffield's local libraries, and library staff will be very happy to guide you through the project. If you want to join in but don't have a library card, it couldn't be simpler to get one, just click here for step-by-step instructions.
We really hope you enjoy reading the books on this year's shortlist. And remember that your votes - and only your votes! - will decide the winners! In the meantime we would love for you to leave your comments about the books you've read on the blog!
Posted by Zoe Middleton at 6:16 PM No comments: